This morning it started raining at 0630 but luckily it finished just before I needed to start packing up.  I had a dry breakfast again and was packed up quickly.

We were on the water at 0900. Today there were not as many rapids and the current was slower so we had to paddle more. The weather stayed overcast and there were occasional showers.  One was a little harder so we took shelter under a tree. 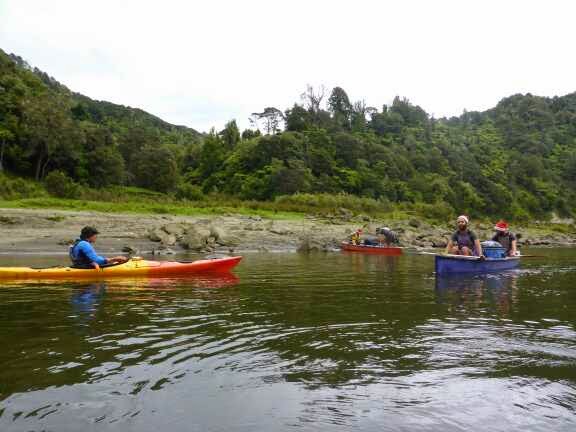 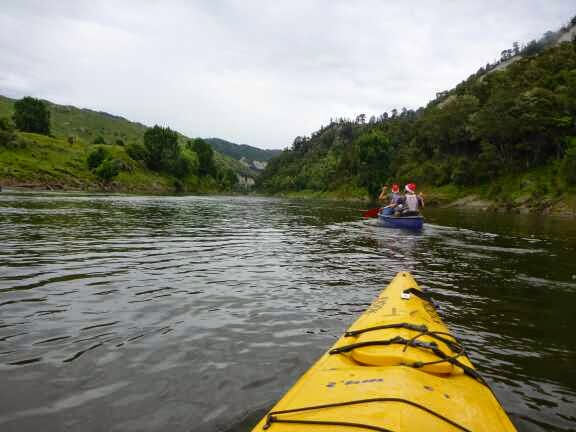 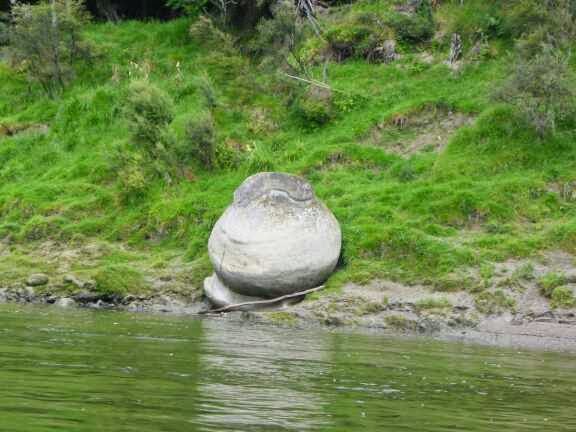 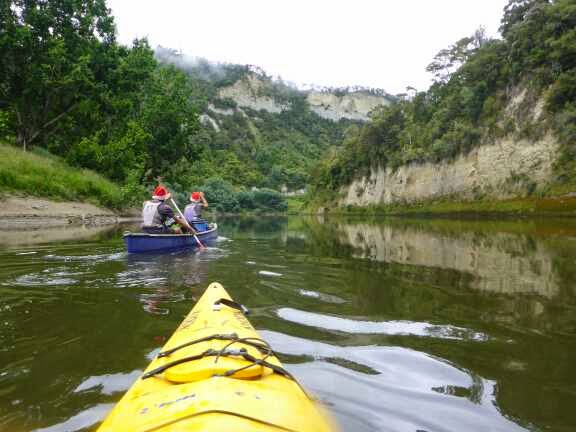 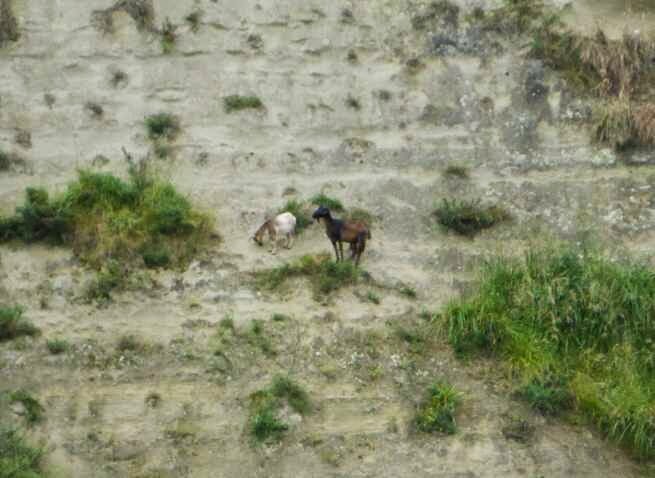 Goats showing off on the cliff 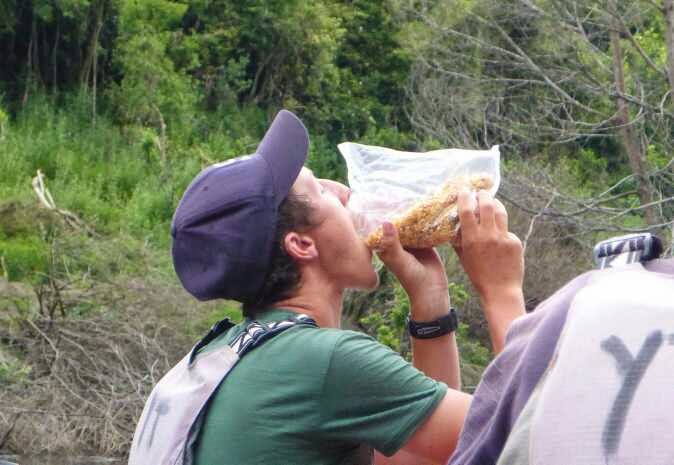 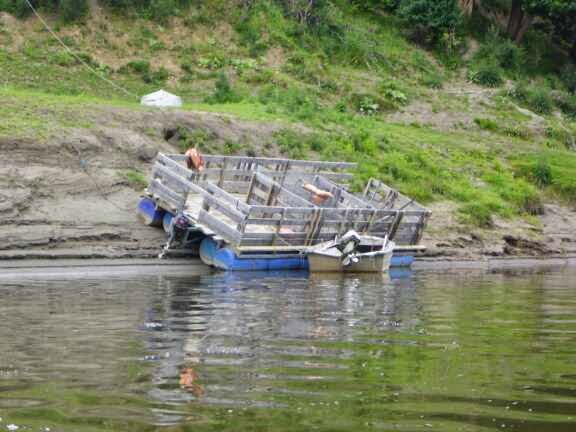 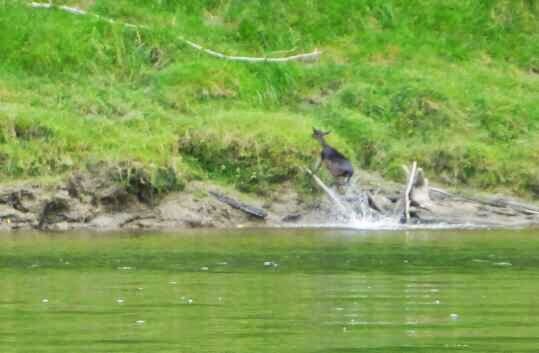 Deer that swum across the river in front of us 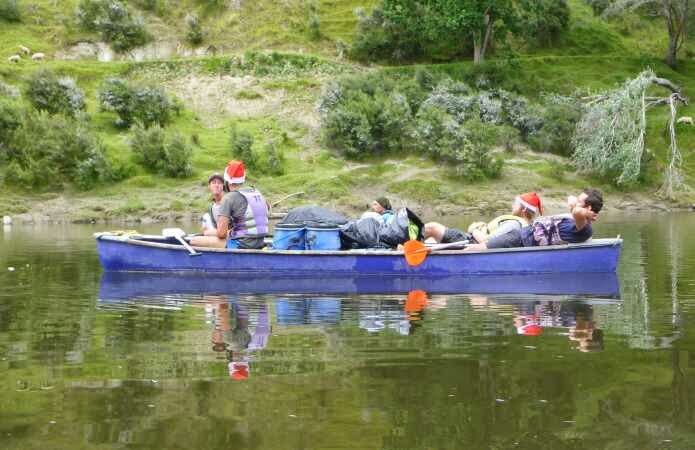 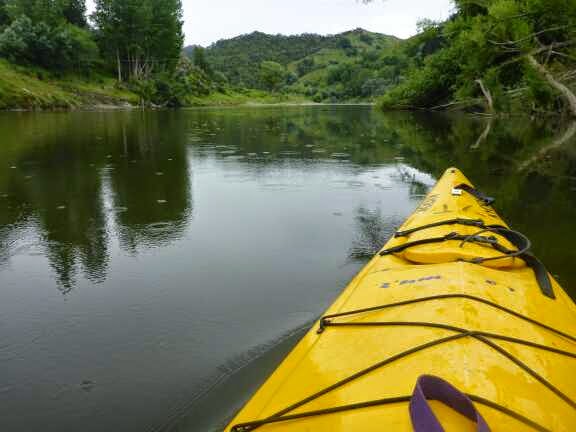 Lunch was on a log on a stone beach but was not enjoyable as I was under concentrated attack by the Sandflys. They were there in numbers and focusing on my unprotected feet so I was glad to get back into the protection of my kayak.

Today was a nature show.  The were more goats and today there were also cows and sheep,  sometimes all right next to each other. We also had a small deer swim across the river in front of us and jump up a bank.  Also there was another couple of deer, rabbits,  geese and ducks.

As we went under a cable way we saw a horse in the basket so we waited and watched it cross.  They went just up to the river edge then stopped to calm the horse down and stop the basket swinging so much.  Then as they crossed over the river the horse was calm. 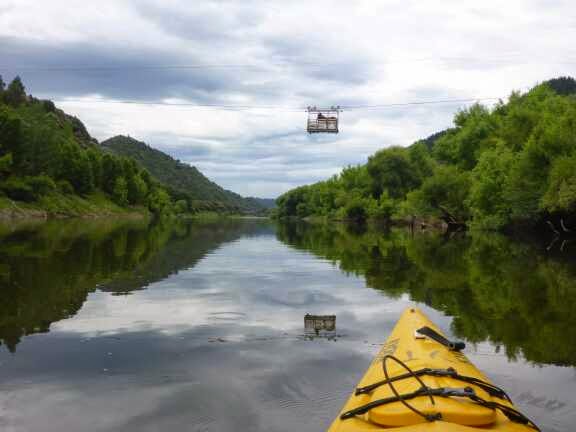 Transporting a horse across the river

I started feeling tired just after 1500 so I drafted behind Joey and Geoff who were paddling strongly in the afternoon.  Just as I was feeling better and went off to the side we stopped at our campsite which my favourite for the river. We were up a bank overlooking the river and under a really interesting old tree. We sat around in its branches drinking wine then eating dinner.  After dinner Joey played some music.

A farmer passed on his tractor on the track across the river and let us know our boats were upside down in the water.  Joey checked and we discovered that this part off the river is tidal and though we dragged the boats well out of the water they were now floating.  Luckily we had all tied them to branches so they hadn't floated away.  Both my hatches were full of water which meant my shoes and pack were now wet. We emptied the boats out and moved then higher though it was now high tide. 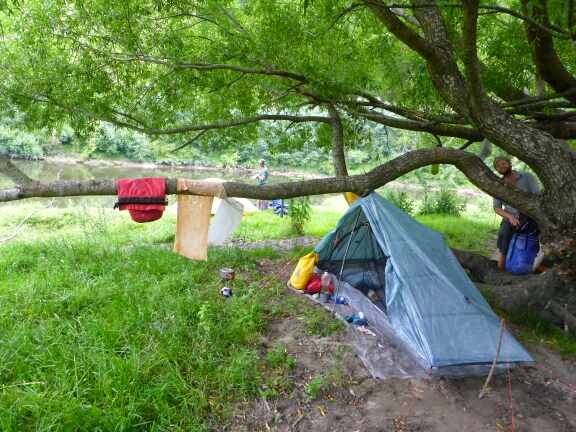 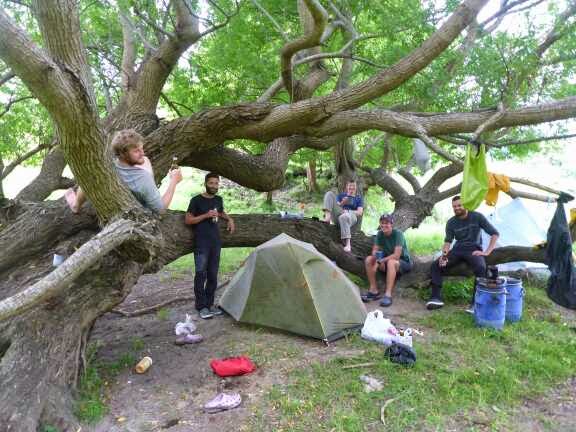 Great campsite (credit for pressing camera button to Fabian, direction  credit to me) 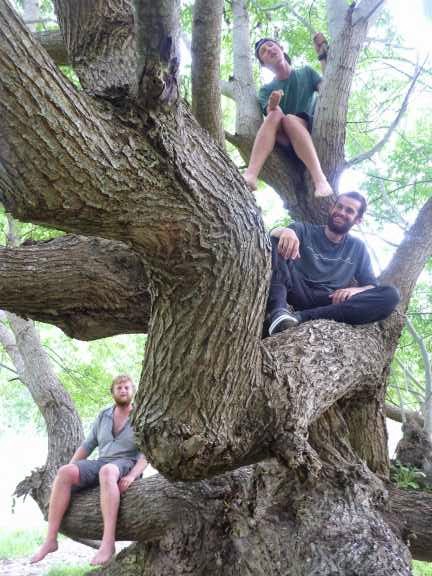 Great tree, as to the people ruining my shot .... 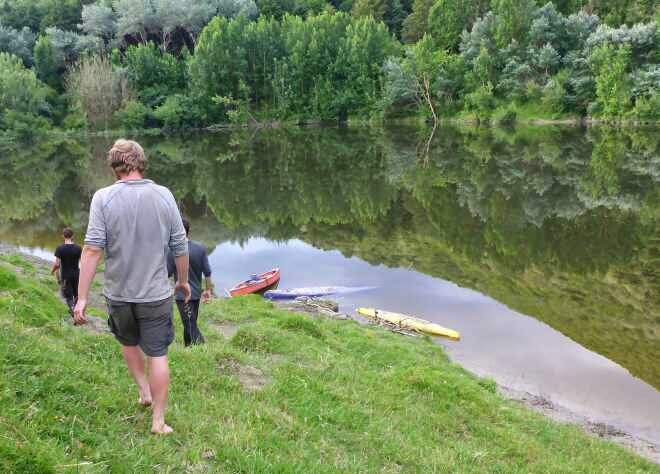 Rescuing our kayaks from high tide

After that that we went to bed.
Posted by Restless Kiwi: Walking the Te Araroa Trail at 17:09