It rained a little last night but my tent was nearly dry by the time I packed up.  This was my last dry breakfast and I am looking forward to going back to my normal breakfast once I am back on dry land.

We left on time for the first time this morning.  The kayak was more farmland and scrub. With 5 km to go we encountered two people getting into kayaks at a giant swing. Geoff was keen to try it an had several goes through thankfully he decided to stay on the swing and not jump into the water as this was too low. While there a rowing 8 came up being constantly yelled at by the coach.  Judging by the timing this was a novice crew.  We then finished the kayak quickly and arrived at the Wanganui Top 10 Holiday Park where we our kayaks and canoes for Yeti Tours to pick up. 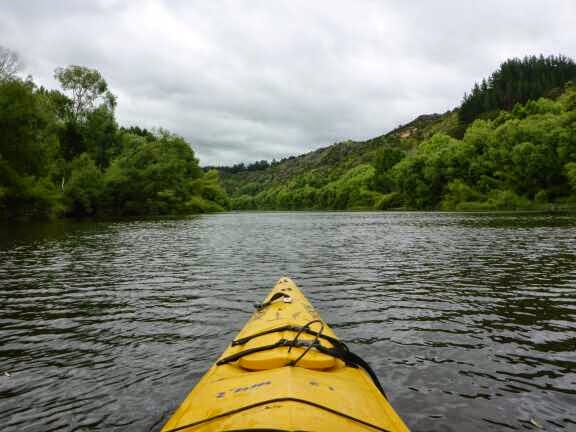 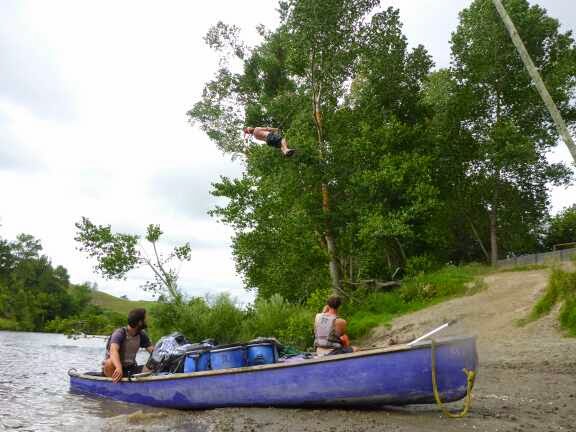 Geoff on the giant swing 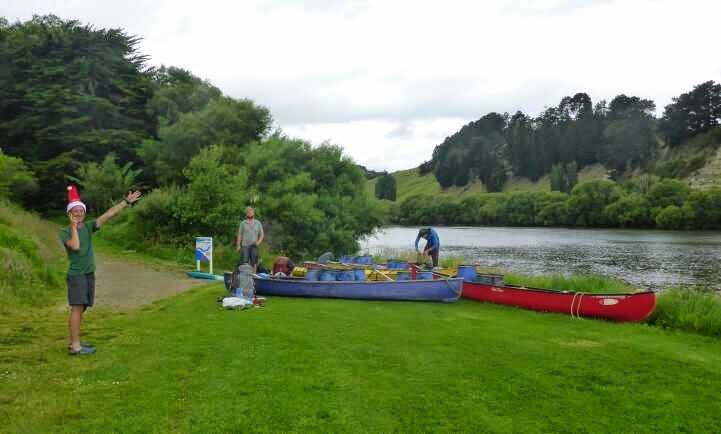 Repacking from boats back into packs

After getting  changed back into my walking shorts I started walking by myself as I wanted to take it really easy after being in a kayak for the last 5 days and I was sure the guys would be walking much faster than I wanted.

My knees were slightly sore and my hamstrings tight to start with but after a couple of km every thing loosened up.

I stopped at a Dairy for some chips and an ice cream to eat as I was walking.

At 1250 I arrived at Bramar House YHA but reception did not open until 1300 so I checked my emails while I waited.  Just before 1 I heard horns tooting and looked up to see the guys walking past. They had their santa hats on and were getting a good reaction from the cars. I caught up to say thanks for the fun trip and to see if pizzas tonight would  work.

I went back to Bramar House but they were full so I went another 300 metres down the road to Tamara Backpackers who had room. I got a female share 3 person room.  Tamara Backpacker was great.  It was clean,  tidy,  good condition and the manager was really friendly and full of information. 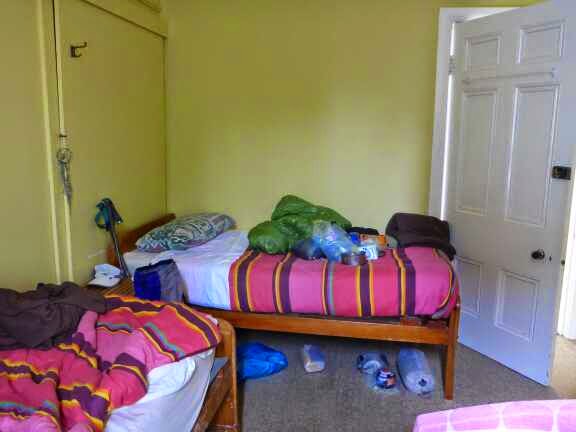 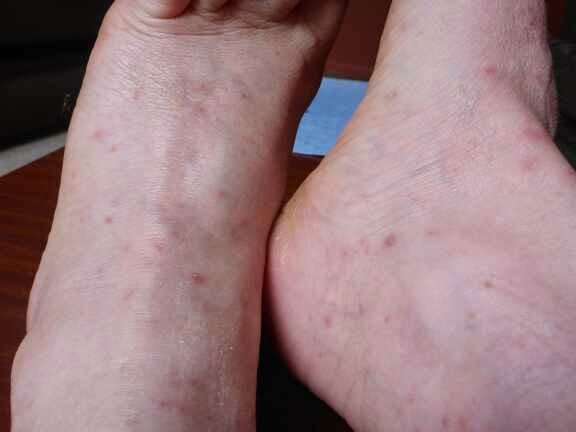 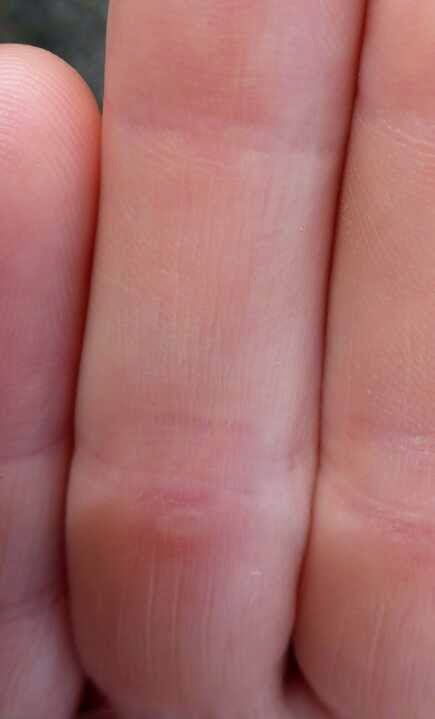 War wounds from the kayak,  a single tiny blister

On his recommendation I went for kebabs which were great.  Back at the backpackers I had a shower and put my smelly things into the wash.  I then started sorting my photos and relaxed.  I ordered in pizza and ate the whole large pizza in one go with room for more.

In the evening I talked with Fabian who was staying at the same place. Unfortunately I missed catching up with the other guys as they only got out of the Hobit movie late.